dalai_lamaPeople from all over the world flock to Mcleodganj to receive blessings and teachings from His Holiness the Dalai Lama. Western and Indian tourists and scholars come here to see the rebirth of an ancient and fascinating civilization. The high altitude and cool weather contribute physically to the re-creation of the original Tibetan environment. Dharamsala pulsates with the sights and sounds of old Tibet. Though certainly more modern, life is basically Tibetan in character. Shops strung out along the narrow streets of Mcleodganj sell traditional Tibetan arts and handicrafts and the aroma of Tibetan dishes lingers in the air. 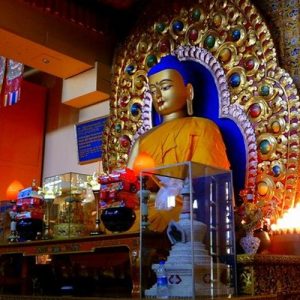 Tsuglagkhang Temple is the most renowned Buddhist monument in McLeodganj. There are three magnificent images of Buddha, including a gilded statue of Shakyamuni, statues of Valokitesvara and Padamasambhava.

The Namgyal Monastery was founded by the Third Dalai Lama, and serves the Dalai Lamas exclusively. A unique feature of this monastery is its diversity of practice. Namgyal monks perform prayers and rituals of all the major schools of Tibetan Buddhism. 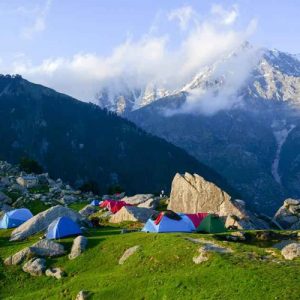 Triund is a popular picnic spot at a height of 2827 m. The area is on the foothills of Dhauladhar range and is 17kms from Dharamsala. The snow line starts at Illaqua, which is five kms from Triund. The breathtaking view of the mountains and the valleys makes Triund an ideal picnic spot and trekking destination. 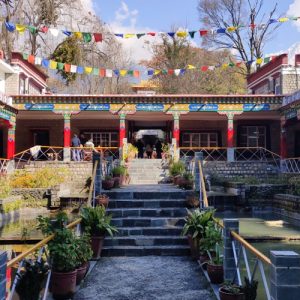 Just 4-kms from Dharamsala, Norbulinka was established to preserve and teach the ancient Tibetan arts. The shady paths, wooden bridges, small streams tiny water falls make this place look like heaven. Here one can watch the wooden carvings and the tangka paintings, golsithing and embroidery being done. The nunnery close to the institute is a place where women are taught the advanced levels of Buddhist philosophy. 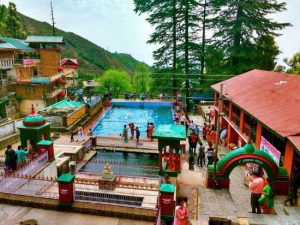 About two kilometers from McLeod is a holy pilgrim site for Hindus. Bhagsu, as it is better known has an ancient Shiv temple. The main attraction for the tourist and the crowd puller here is not the temple but the public swimming pool. It is a treat for tourist making it to Dharamsala during the hot months. 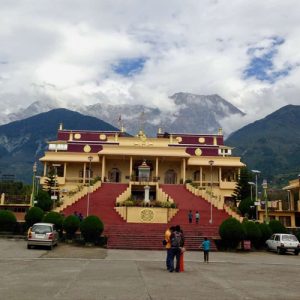 Sidhbari is where is located the Karmapa (Ogyen Trinley Dorje)’s temporary residence, at Gyuto monastery. Sidhbari is about six kilometers from Dharamsala. Karmapa means “the one who carries out buddha-activity” or “the embodiment of all the activities of the buddhas.”

In the Tibetan tradition, great enlightened teachers are said to be able to consciously arrange to be reborn as a teacher who can carry on the teachings of a predecessor in a prior life. 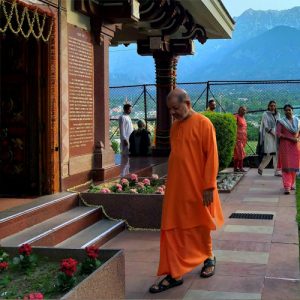 Nestled in the spectacular Dhauladhar ranges of the Himalayas is the Chinmaya Tapovan Ashram. It is, one of the main retreats of the Chinmaya Mission. It is important as a center of the Sandeepany Vedanta course, meditation camps, vedic teachings and the Chinmaya Rural Primary Health and Training Center. 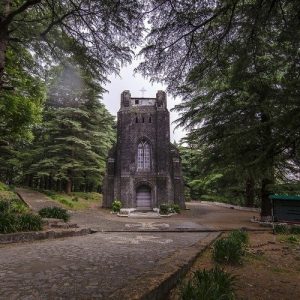 One of the most poignant memories of the British Raj is the church of St. John, situated in the wilderness. This charmingly dressed stone church is located just 8-kms from Dharamsala on the way to McLeodganj.

Under the shade of Deodar branches, a memorial has been made over the body of the British Viceroy, Lord Elgin who died at Dharamsala in 1863. 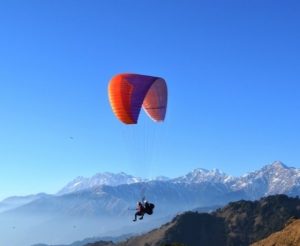 Bir, surrounded by tea gardens and an amphitheater of low hills, is an idle landing ground for hang/para gliders. Bir has Buddhist Monasteries that are worth visiting. Fine Tibetan handicrafts are also produced here. Billing up in the hills, 14 km from Bir. 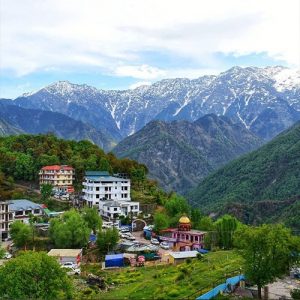 Just 2 kms from Mcleodganj is the sacred Dal lake known for its religious water. The lake is regarded is the lake of Lord Shiva. One kms ahead is the famous location called Naddi, where you can see the Mount Dhauladhar very near and the sunset is worth seeing in the the evening. Naddi is a liked many for it’s natural look and cool winds that pass by from the mountains.